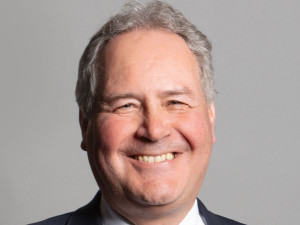 CFI Officer Bob Blackman MP this week wrote to the Football Association (FA) expressing concerns over their failure to take action against players waving Palestinian flags during matches, a “deeply inappropriate” action “during a time of political conflict”.

The Harrow East MP pointed out that the FA handbook states that “the appearance on, or incorporation in, any item of Clothing, Football boots or Other Equipment of any distasteful, threatening, abusive, indecent, insulting, discriminatory or otherwise ethically or morally offensive message, or any political or religious message, is prohibited”.

Mr Blackman added that as a “Tottenham Hotspur season ticket holder, I was shocked that supporters at a Spurs match were banned from waving an Israeli flag this week, yet footballers including Paul Pogba and Amad Diallo faced no action for holding a Palestinian flag”.

He underlined that “this total lack of consistency and clarity demonstrates that the FA’s policy on political messaging is not fit for purpose”, and urged for a review on FA rules.