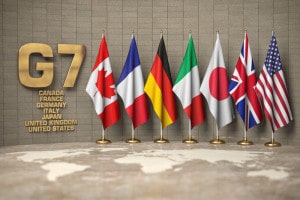 The chairs of Conservative and Labour Friends of Israel, Rt. Hon. Stephen Crabb MP (Commons) and Steve McCabe MP today urged G7 leaders to support the International Fund for Israeli-Palestinian Peace, in an article in the Jewish News.

Writing jointly, they underlined: “We call on the UK Government to play a full role as joint partners in establishing an International Fund for Israeli-Palestinian Peace, as envisioned by the Nita M. Lowey Middle East Partnership for Peace Act which commits the US to spending $250 million on peacebuilding”.

They said: ” As well as bringing Israelis and Palestinians together, the Fund will support shared society projects between Israeli Jews and Israeli Arabs in order to build mutual understanding and trust”.

The article ended by stating: “This weekend, G7 leaders have a choice. We urge them to support initiatives promoting peace, reject the language of division and break the cycle of violence”.