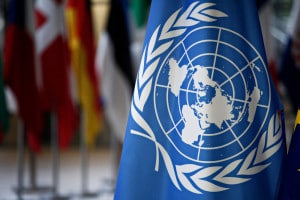 CFI’s Parliamentary Chairmen Rt. Hon. Stephen Crabb MP and Rt. Hon. The Lord Pickles, and Honorary President Lord Polak CBE this week wrote to Prime Minister Boris Johnson, calling on the UK to announce its withdrawal from the Durban IV Conference, and “to take a stand against antisemitism on the international stage”.

They pointed out that the US, Canada and Australia have publicly announced that they will not be participating in the “infamous” conference in September, due to concerns that the Durban process has been and continues to be used “as a forum for antisemitism”.

They underlined: “Consecutive British Governments have taken a stand against the gathering, and the UK’s firm opposition to the Boycott, Divestment and Sanctions (BDS) campaign – which has links to the conference – is long-standing”.

However, they added: “The UK’s principled decision to vote against the General Assembly resolution in December 2020 to convene the conference has not been reinforced in recent Ministerial statements, which suggest that the UK is still considering attending the events surrounding Durban IV”.

This “hesitation is all the more concerning following the antisemitic incidents of recent weeks”, they said. “If we are not prepared to take a stand against antisemitism on the international stage, British Jews will not feel reassured of their safety at home. Zero tolerance to racism must mean zero tolerance”, the letter emphasised.