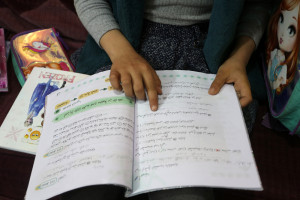 CFI has today called on the UK to “act decisively to end its facilitation” of the Palestinian Authority’s “extreme curriculum” following the long-delayed publication of a damning European Union report.

Responding to the publication, CFI’s Parliamentary Chairmen, Rt. Hon. Stephen Crabb MP (Commons) and Rt. Hon. The Lord Pickles and CFI Honorary President Lord Polak CBE said British taxpayers would be “understandably appalled” to discover they had been funding the curriculum and criticised a “decade of prevarication and denial” by the UK Government.

Conservative MPs and Peers have repeatedly raised concerns over the PA’s curriculum in a long-running series of parliamentary debates and questions and letters to successive Foreign Ministers.

The review, undertaken by the Georg Eckert Institute for International Textbook Research, was finished in February 2021 but has only just been published following growing pressure for its public release.

It details extensive examples of radical material from 156 textbooks and 16 teachers guides used between 2017-2019 – while a further 18, which were reportedly never even in circulation in Palestinian schools, were belatedly added to the report in a reported attempt to show improvements in the curriculum material.

The report includes dozens of examples of encouragement of violence and demonisation of Israel and of Jews, including repeat glorification of the “heroine” Dalal al-Mughrabi, who killed 38 Israelis, including 13 children, in a terror attack.

The UK, and the EU, directly fund the salaries of teachers who are involved in the production and implementation of the educational materials.