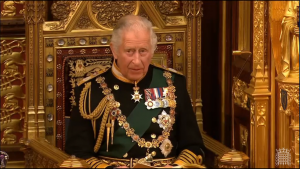 During the Queen’s Speech on Tuesday, HRH The Prince of Wales confirmed that the UK Government would bring forward legislation to “prevent public bodies engaging in boycotts that undermine community cohesion” as pledged in the 2019 Conservative Party manifesto.

CFI Parliamentary Chairmen, Rt. Hon. Stephen Crabb MP (Commons) and Rt. Hon. The Lord Pickles (Lords) and CFI Honorary President Lord Polak CBE welcomed the announcement: “We welcome the Government’s commitment to legislating against divisive BDS actions which have for too long harmed community relations here at home and the prospect of peace between Israel and the Palestinians”.

“This important legislation will once again emphasise Prime Minister Boris Johnson’s deep support for Israel and the UK’s Jewish community”, they added.

Prime Minister Boris Johnson has previously criticised public bodies for adopting their own “pseudo foreign policy against foreign countries” which “with nauseating frequency turns out to be Israel”.

An amendment to the Public Service Pension Bill preventing public service pension funds from being misused to target Israel through divestments was tabled by former Communities Secretary Rt. Hon. Robert Jenrick MP and adopted in February 2022 with the Government’s support.

During the debate on the amendment, Chief Secretary to the Treasury, Rt. Hon. Simon Clarke MP, underlined that BDS “has nothing to do with pensions and everything to do with politics”. He emphasised: “It has had the chilling effect of legitimising antisemitism among the hard-left, leading to kosher food being taken from supermarket shelves, Jewish foods being censored, and the disgusting spectacle of Jewish university student societies being threatened with bans”.