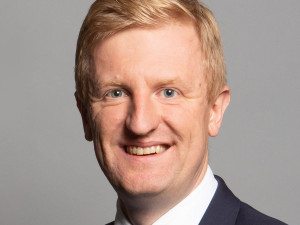 Secretary of State for Digital, Culture, Media and Sport Oliver Dowden underlined that he is a supporter of Zionism and called on Facebook and other tech giants to adopt the International Holocaust Remembrance Alliance (IHRA) definition of Antisemitism, in an interview with the Jewish Chronicle this week.

Condemning the use of the word “Zionist” as an antisemitic slur, the Culture Secretary said: “I believe in a two-state solution and I believe that Jewish people have the right to a homeland in Israel and that is the essence of Zionism so, yes, I support it in that sense and I support the right of the State of Israel to defend itself”.

Speaking to the JC at Bevis Marks, the oldest synagogue in the UK, Mr Dowden said: “There may be some practicalities about exactly how [social media giants] incorporate it, but the essence of the IHRA definition I want them to adopt, just as the government has committed to that”.

His remarks come during prolific anti-Jewish abuse across social media in recent weeks, and on Monday, he hosted a meeting with Jewish organisations to seek their views on the recently published Online Safety Bill. The proposals include compelling technology firms to crack down on racist content online.

Mr Dowden added: “If companies fail to comply with the legislation, they will face fines of up to 10% of their global revenue. But I’ve set out the overall direction I want them to go in and I don’t see why they can’t get on with it now”.

Mr Dowden, who represents Hertsmere, which has one of the largest Jewish populations in Britain, said: “I have lots of shuls in my constituency, not least in Bushey, Borehamwood and Radlett, and I think the community is feeling vulnerable and deeply worried”.