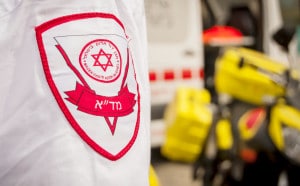 Israel has this week experienced the deadliest wave of terror in over a decade, during which 11 people were murdered in three separate terror attacks.

The Times of Israel has reported that 11 murders from terrorist attacks is the largest number of deaths in one week since the 2006 suicide bus bombing that killed 11 people. Tensions have been higher in recent weeks with a number of other clashes reported as the region approaches a rare confluence of the Passover, Ramadan and Easter festivals.

UK Conservative MPs have shared their condemnation of the wave of violence and their support for Israel. Foreign Secretary Liz Truss stated she was “deeply saddened” by the acts of terror, and stated that “the UK condemns this horrifying and senseless violence”.

Since the attack in Be’er Sheva last week, there have been two more deadly terrorist attacks in Israeli cities. On Sunday evening, two Israeli Arabs killed two 19-year-old Border Police officers in Hadera near Haifa and on Tuesday a Palestinian man shot five people in Bnei Brak near Tel Aviv, including two Ukrainian workers and an Israeli Arab policeman.

The assailants for the attack in Hadera were identified as Ayman and Ibrahim Ighbariah. They were affiliated with the terrorist group Daesh (Islamic State), who later claimed responsibility for the attack, reportedly the first time since 2017 that they have claimed an attack.

All three terrorists have previously served time in Israeli prison. Ibrahim Ighbariah served time in 2016 for trying to join Islamic State in Syria, Ayman Ighbariah as arrested by the Shin Bet in 2017 for illegal arms possession and Diaa Hamarsheh, the Bnei Brak shooter, served time for security offences in 2013.

Israel’s Prime Minister Naftali Bennett stated that “Israel faces a murderous Arab terror wave” explaining that Israel “will fight terrorism with persistence, diligence and an iron fist… We will win”. The security level in Israel has been increased, but despite the high state of alert, the security cabinet decided to push ahead with the easing of restrictions for Palestinians during Ramadan. Israel will issue additional entry permits for elderly Muslim worshipers to pray at the Al-Aqsa Mosque in Jerusalem, expand the hours of such permits, and implement other measures aimed at easing freedom of movement for Palestinians.

After the Bnei Brak attack, Palestinian Authority President Mahmoud Abbas released a rare statement, where he “expressed his condemnation of the killing of Israeli civilians” explaining that “the killing of Palestinian and Israeli civilians only leads to the situation to deteriorate” at a “time in which we are striving for stability”. Hamas expressed its support for the wave of terror, saying that the organisation “welcomes the heroic operation, which is a natural response to the crimes of the occupation against the Palestinian people”.

The attacks were also condemned by the Foreign Ministers of the UAE, Bahrain, Morocco and Egypt who were in Israel for the Negev Summit. In a statement released by Israeli Foreign Minister Lapid after the attack in Hadera, “all the foreign ministers denounced the terror attack and asked to send condolences to the families and wishes for the recovery of the wounded”.