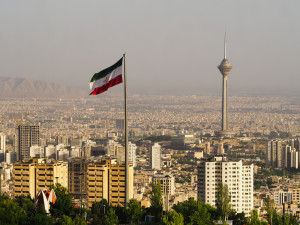 Rt. Hon. Dr Liam Fox MP, a former Defence Secretary and International Trade Secretary, has expressed his view that the Joint Comprehensive Plan of Action (JCPOA) Iran nuclear deal is “defective and does not stop Iran becoming a nuclear state”.

He also described Iran’s Islamic Revolutionary Guard Corps (IRGC) as the main driver of Iran’s aggression and its “extreme theocracy”. He praised the Abraham Accords and suggested the region should build upon its increasingly warmer ties with Iran to create a defensive alliance to counter Iran’s malign activities.

Dr Fox criticised the ongoing attempts to negotiate a renewed nuclear deal, underlining his belief that the JCPOA has proven itself to be “defective”. He stated that the deal “does not stop Iran becoming a nuclear state, it merely postpones it” and that it “does nothing to deal with Iran’s ballistic missile programme”. Dr Fox warned of the enormous danger posed by a nuclear Iran and used the Russian invasion of Ukraine to show an example of “the way an emboldened gangster state with nuclear weapons may behave”.

“Without a credible military deterrent, I do not believe the current regime, whatever was agreed, would cease in its attempt to develop a nuclear military programme”, he said.

This week, European Union Foreign Policy Chief Josep Borrell proposed a new draft text to revive the JCPOA, stating his belief that harsh sanctions against Iran will not work.

Iran is reportedly planning to break ground on a new research reactor at the Isfahan nuclear site, with construction to begin in the coming weeks.

Tehran has refused to turn back on surveillance cameras belonging to the UN’s nuclear watchdog, the IAEA, until a deal is reached to restore the JCPOA.