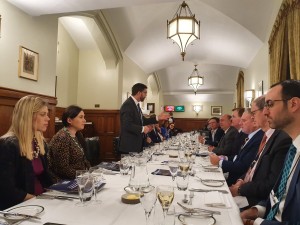 Mr Baird warned parliamentarians of Iran’s malign influence in the region and outlined the regime’s human rights abuses against the Iranian people. In recent months, peaceful protests have been violently crushed by the Iranian police, with hundreds of civilians killed.

At the event, the FOII launched its latest publication on “Iran’s Clandestine Nuclear Archives”, which encourages the international community to “adopt serious measures to prevent Iran from starting up its nuclear weapons programme” in light of Israel’s discovery of Iran’s nuclear archive in 2018.