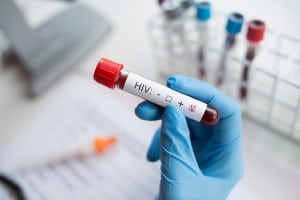 Researchers at Tel Aviv University have developed a groundbreaking method to defeat HIV with only a simple injection, which has the potential to be used as a future vaccine against the virus and may help in creating a cure for other diseases.

The researchers are the first to engineer a patient’s white blood cells as a way to fight the virus and similar methods could lead the way in creating similar treatments for cervical, head and neck cancer. Medical advances over the last few decades mean those with HIV have been able to live relatively normal lives, however, a permanent cure for the illness has yet to be found.

The one-time injection uses type B white blood cells, which are formed in bone marrow and are responsible for generating antibodies which fight viruses and bacteria in the body. After the injection the cells can be genetically engineered to secrete antibodies inside the body that fight HIV.

One of the head researchers, Dr Adi Bazel said: “If the virus changes, the B cells will also change accordingly to combat it, so we have created the first medication ever that can evolve in the body and defeat viruses in the ‘arms race’”. Although, several scientists have been able engineer B cells outside a body, Dr Bazel said this is the first time they have been engineered inside a patient.