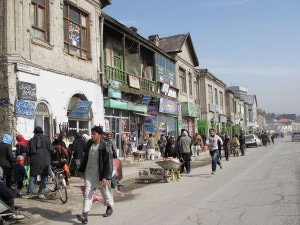 Hamas praised the Taliban’s recent takeover of Afghanistan and welcomed the “defeat of the American occupation on all Afghan land’, which it described as a “crowning victory after twenty years of struggle”.

In a public statement issued on Monday, the militant group “[blessed] the Afghani Muslim nation for the fall of the American occupation in all Afghani territory”. It also wished the people of Afghanistan future success and stated that the resistance, “foremost of which is [their] struggling Palestinian people”, is due for “victory”.

Senior Hamas official Moussa Abu Marzouk sought to draw further parallels between the Taliban’s fight against the American-backed Afghan government and Hamas’s opposition to Israel in a tweet posted on Sunday.

Abu Marzouk said, “The Taliban are victorious today after being accused of backwardness and terrorism. They emerge today as a smarter and more realistic movement. They confronted America and its agents, and refused to compromise with them. They were not deceived by bright headlines about ‘democracy’ and ‘elections’. This is a lesson for all oppressed peoples”. He proceeded to ask, “Will they learn the moral of this story?”.

The Taliban, a fundamentalist Sunni Muslim insurgency in Afghanistan, completed its lightening conquest of the country on Sunday, as they entered the capital Kabul.