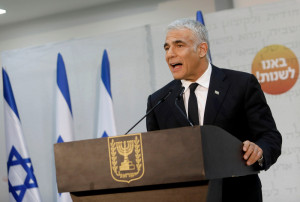 The historic Negev Summit was held in Israel this week with Israeli Foreign Minister Yair Lapid hosting his counterparts from Egypt, Bahrain, Morocco and UAE as well as the U.S. Secretary of State.

The summit builds on the ground-breaking Abraham Accords signed in 2020 and is the latest evidence of the significant diplomatic shift within the Middle East and North African (MENA) region.

At a joint press conference at the end of the summit, Foreign Minister Lapid said that the talks revolved around creating a “regional architecture” based on technology, religious tolerance, security and intelligence cooperation. He went on to explain that the “shared capabilities” being built “intimidates and deters our common enemies, first and foremost Iran and its proxies”.

It was announced by Foreign Minister Lapid that the Negev Summit will not be a one-off event, but rather that it will become an annual forum rotating between host countries. It was also reported that the Foreign Ministers intend to create six collaborative working groups to focus on issues relating to security, energy, tourism, health and education as well as food and water security.

The UAE Foreign Minister Abdullah Bin Zayed stated that the summit was “historic” as they “are trying to change the narrative and create a better future for the region”.

During the informal dinner that began the summit, Foreign Minister Lapid was updated on the terrorist attack in Hadera, central Israel. FM Lapid informed his counterparts who told him that he could release a statement condemning the attack in their name.

It has been reported that U.S. Secretary of State Blinken led a discussion with the Foreign Ministers focusing on the possible nuclear deal with Iran as well as how the Russian war in Ukraine is affecting the MENA region.

After the summit, Egyptian FM Shoukry stated that the new normalisation agreements are “positive”, but highlighted the need to avoid unilateral measures that can lead to an escalation of violence between Palestinians and Israel.

Moroccan FM Bourita said that the best answer to the ongoing violence in Israel in recent weeks was the participation of four Arab foreign ministers in Israel. He also confirmed that he would visit again soon to upgrade Morocco’s diplomatic representation in Israel.