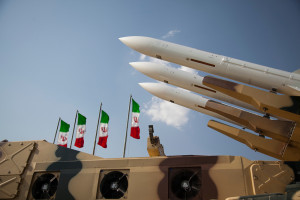 The head of the United Nations nuclear watchdog, the International Atomic Energy Agency (IAEA), has said Iran is enriching uranium to levels that only countries seeking to make atomic weapons reach, and that its nuclear programme can no longer be returned to where it stood when the 2015 nuclear deal was signed.

IAEA chief Rafael Gross said in an interview with the Financial Times this week that “a country enriching at 60% is a very serious thing — only countries making bombs are reaching this level”. He added: “60% is almost weapons-grade, commercial enrichment is 2, 3%… This is a degree that requires a vigilant eye”.

Referring to checks by UN monitors, he said: “You cannot put the genie back into the bottle — once you know how to do stuff, you know, and the only way to check this is through verification”. Grossi’s remarks come as world powers resumed talks with Iran to save the 2015 nuclear agreement, the Joint Comprehensive Plan of Action (JCPOA) that limited the Iranian nuclear program in return for sanctions relief.

A fifth round of talks began on Tuesday in Vienna, with all sides saying that talks have been constructive.

Iran has been accelerating its nuclear activity since May 2019 in response to former President Donald Trump’s decision to unilaterally pull the US out of the atomic accord and impose crippling sanctions on the country. US President Joe Biden has said his administration would rejoin if Iran returns to full compliance, but Tehran insists US sanctions must first be lifted.