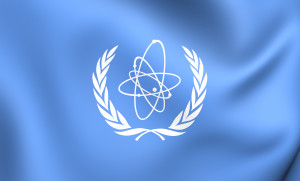 The UN’s nuclear watchdog agency, the International Atomic Energy Agency (IAEA), adopted a resolution censuring Iran over its nuclear programme at the Board of Governors on Thursday.

The resolution was sponsored by the UK, France and Germany (E3) and the US, who welcomed the “overwhelming majority vote” which “sends an unambiguous message to Iran that it must meet its safeguards obligations”. “We urge Iran to heed the call of the international community to fulfil its legal obligations, and cooperate with the IAEA”, they added.

30 of 35 governors supported the resolution, with Russia and China voting against the motion and India, Libya and Pakistan abstaining.

Prior to the vote, the UK, France and Germany said in a joint statement: “We strongly urge Iran to stop escalating its nuclear programme and to urgently conclude (the) deal that is on the table”. They underlined that Iran’s “nuclear programme is now more advanced than at any point in the past” and that Iran’s accumulation of enriched nuclear material has “no credible civilian justification”.

Iran’s Foreign Ministry described the adoption of the resolution as a “political, incorrect and unconstructive action”.

Iran confirmed on Wednesday that it had removed two IAEA surveillance cameras used to monitor its uranium enrichment facilities at the Natanz site. The director-general of the IAEA, Rafael Mariano Grossi, announced on Thursday that Iran is removing 27 surveillance cameras from nuclear sites, a “serious challenge” to negotiations. Grossi added that the Islamic Republic has informed the agency that it plans to install two new cascades of advanced centrifuges.

In a recently published report, the IAEA said that Iran’s stockpile of enriched uranium was now estimated to be more than 18 times the limit set out in the 2015 Nuclear Deal.