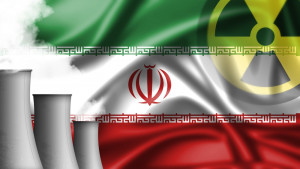 Iran is constructing new underground nuclear enrichment facilities in Natanz, according to a story first reported by the New York Times. Natanz is the site of an existing centrifuge facility, which Israel is alleged to have rendered inoperable in attacks last year. The new site is understood to be a direct replacement of the old one, although it is now buried deep under a mountain and larger in size, making it unreachable to all but the most advanced bunker-busting bombs, technology that Israel does not yet possess.

The existence of the site was first revealed by Defence Minister Benny Gantz last month, as part of a wider comment about Iran’s nuclear ambitions. He stated that Iran was installing 1,000 new centrifuges at its nuclear facilities “including a new facility being built at an underground site near Natanz”. The accusation was not denied by Iran, who responded that the facility was being built to replace the old one. The Biden administration says officials have been aware of the new nuclear facility for around a year, but contend that it would take several times longer to become operational, giving themselves time to deal with it diplomatically.

Israel, however, disagrees over the threat posed by this new site, as they argue that it will allow Iran to mass produce enriched uranium.