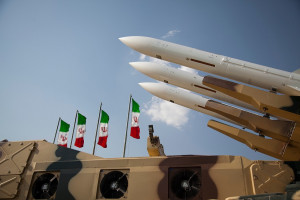 Iran this week said it has almost doubled its stock of enriched uranium in less than a month, as it prepares to resume talks with world powers on curbing its nuclear programme. It comes as the head of the International Atomic Energy Agency (IAEA) warned on Thursday that its oversight capabilities in Iran are being weakened.

In a report, Atomic Energy Organisation of Iran (AEOI) spokesman Behrouz Kamalvandi said: “We have more than 210 kilograms of uranium enriched to 20 percent, and we’ve produced 25 kilos at 60%, a level that no country apart from those with nuclear arms are able to produce”.

60% enrichment is the highest level to which Iran has enriched uranium and is a short technical step to weapons-grade 90%.

Under the nuclear agreement, Iran was barred from enriching uranium above 3.67%. Tehran has progressively abandoned its commitments to the 2015 Joint Comprehensive Plan of Action nuclear deal after then-US president Donald Trump pulled Washington out in 2018, prompting Washington to impose fresh sanctions in response. In September, the IAEA nuclear watchdog confirmed that Iran had boosted its stocks of uranium enriched above the percentage allowed in the deal.