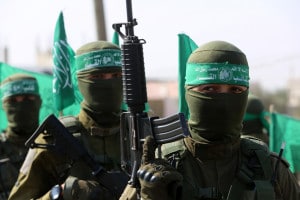 Cybereason has exposed the “elaborate campaign” in their report, stating that it is a “new level of sophistication” for Hamas, the terrorist organisation in control of the Gaza Strip. They followed Hamas-linked hackers over the past six months before publishing their findings that the hackers were using fake Facebook accounts, advanced malware and social engineering techniques (such as phishing) to gain access to Israeli soldiers’ and police officers’ technology.

The report states that the “espionage campaign” was conducted to “steal sensitive information” from the “chosen target group” of Israelis working for the police, military, and emergency services.

The findings explain the Trojan Horse method of the hackers, whereby they used fake Facebook profiles to trick victims into opening “trojanised direct messages” which downloaded advanced malware and granted the hacker access to the victims’ devices.

The malware program used in this campaign was found to be more advanced than that used previously, for example in 2017-18 when Hamas-affiliated hackers posed as young women on dating apps such as Tinder, to lure Israeli soldiers into chatting which infected their phones with malware.

Facebook has now removed all the fake accounts after reviewing Cybereason’s report.