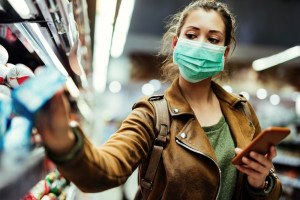 As the daily cases of coronavirus in Israel increase, with 283 cases confirmed on Monday, a steadily increasing number, Naftali Bennett, Israeli Prime Minister urged parents to get their children vaccinated as he told Israelis that a new wave of the virus could be beaten.

The Israeli Prime Minister toured around a youth vaccination centre with the Israeli Health Secretary Nitzan Horowitz and Health Ministry director-general as he encouraged the youth to get their jabs.

He promised “vaccinations instead of lockdowns”, stating that restrictions could be avoided through inoculation.

Bennett has set an “ambitious but possible” target of vaccinating 30,000 people daily for the next ten days, which is vital as the current supply of vaccines are set to expire at the end of July. On Monday, over 14,314 people received the vaccine, an increasing number.

As of Tuesday morning, 32% of Israelis between the ages of 1-19 have received a dose of the vaccine. Despite promising limited restrictions, Bennett said he would increase regulation on flights to “red list” countries, threatening to make them completely illegal if the traveller does not have permission.

The government is also discussing whether to impose mask-wearing outdoors and restrict large gatherings to slow down the increase in infections, currently causing concern as hospitals may be unprepared to deal with a sudden influx of cases.