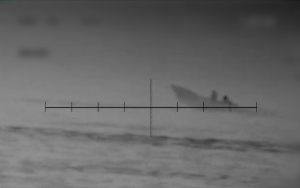 Israeli security forces have revealed that an attempt to smuggle components for manufacturing weapons destined for Hamas was foiled last month, in a joint operation by the Israeli Navy and the Shin Bet (Israeli Internal Security Service). The Israeli military confirmed that three Palestinian men were arrested on board a vessel in the Mediterranean Sea as they tried to cross into Egyptian waters on 8th April.

Commander of the Ashdod naval base, Col. Eli Sukholitsky, said: “We hit a significant route that was used to transfer components to manufacture weapons for terrorist organisations in the Gaza Strip”. The equipment was reportedly intended for Hamas, “in full coordination and directed by Hamas officials in the Gaza Strip”.

“The Israel Defense Forces (IDF) operates constantly to prevent the strengthening of terrorist organisations and their infrastructure”, Col. Sukholitsky added.

One of the three smugglers, Mahmoud Bakr, was known to Israeli intelligence as a senior smuggler, having previously been arrested during a similar attempt and jailed in Israel for a year before being released.

The two other smugglers were named as Ahmed Ismail Fasih and Mahmud Nahad Silawi, both fishermen and residents living in Gaza’s coastal area.
The details of the operation were barred from publication until Wednesday.

Smugglers in the Gaza Strip have attempted to smuggle weapons and supplies into the territory through the sea and using tunnels since 2007, after Egypt and Israel imposed a blockade on the area following Hamas’ seizure of power.