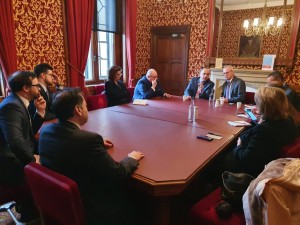 Israel’s Energy Minister Yuval Steinitz met with Conservative MPs and Lords on Thursday in Parliament as part of his visit to London, where he discussed the latest challenges in the region.