Middle East Minister: “We call upon Iran to halt all activities in violation of the JCPoA without delay” 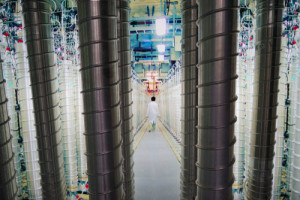 Responding to a Written Parliamentary Question by Conservative MP Simon Fell, the Middle East Minister said that “if a deal is not swiftly concluded, and Iran continues its nuclear escalation, Iran will be responsible for missing the opportunity to restore the JCPoA and for bringing about the collapse of the deal”.

He underlined: “Iran’s nuclear escalation means we have weeks, not months, to restore the deal before the JCPoA’s core non-proliferation benefits are lost and the deal collapses”.

Mr Fell’s question had referred to a statement by the IAEA’s Director General that all countries that have enriched uranium to 60% fissile purity have gone on to produce nuclear weapons. Iran’s Foreign Ministry on Monday ruled out an interim agreement with world powers, as both sides continue talks in Vienna aimed at reviving the 2015 nuclear agreement.

A spokesman for the ministry, Saeed Khatibzadeh, said: “We all need to make sure that the return of the United States to the deal is accompanied by verification and the receipt of guarantees, and that a lifting of sanctions must take place. These are not achieved by any temporary agreement”.

Addressing CFI’s Conservative Party Conference reception in October 2021, Foreign Secretary Liz Truss underlined that the UK “will work night and day to prevent the Iranian regime from ever getting a nuclear weapon”.

On Wednesday this week, an animation depicting the assassination of former US President Donald Trump was published on the official website of Iranian Supreme Leader Ayatollah Ali Khamenei.

The video was created as part of a contest commemorating the killing of Islamic Revolutionary Guard Corps Quds Force commander Qassem Soleimani in a US drone strike in Iraq in January 2020.