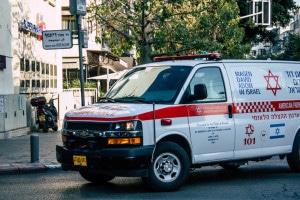 Last night, two Israelis were murdered in Tel Aviv in the fourth terror attack in 18 days in Israel. A third Israeli wounded in the shooting attack succumbed to his wounds today. Seven Israelis remain in hospital, some in critical condition.

The victims were named as 27-year-olds Eytam Magini and Tomer Morad and 35-year-old father of three Barak Lufan. Magini and Morad were childhood friends sharing a drink on a night out in Tel Aviv when a Palestinian terrorist opened fire on the outdoor seating area of Ilka bar.

The attack took place on Dizengoff Street, an area of Tel Aviv packed with bars, restaurants and cafes.

After a city-wide manhunt, the attacker, later identified as Ra’ad Hazem from the West Bank, was killed in a shoot-out with police.

In a statement on Friday morning, Israeli Prime Minister Naftali Bennett said that “the entire nation of Israel mourns the grief of the families of those killed and prays for the health of the wounded”. He added: “Our war on murderous terrorism is long and hard. We will win”.

Foreign Secretary Liz Truss said she was “appalled by the latest reports from Tel Aviv, where innocent people enjoying a Thursday night with friends and family were targeted by gunfire”, and reiterated that “the UK stands with Israel and against this abhorrent violence”.

Palestinian Authority President Mahmoud Abbas made a rare condemnation of the attack, stating that “the killing of Palestinian and Israeli civilians only leads to a further deterioration of the situation, as we are all striving for stability, especially during the holy month of Ramadan and the upcoming Christian and Jewish holidays”.

The Hamas and Palestinian Islamic Jihad terror groups praised the attack. Hamas called the shooting a “heroic operation” that is a “natural and legitimate response to the escalation of the occupation’s crimes”. Hazem’s father, reportedly a former senior officer in the Palestinian national security organisation, also praised his son’s actions. Outside his home in the West Bank, he told the media that “victory will come soon, in the coming days you will see the change. You will be free and independent. God, free the al-Aqsa Mosque from the occupation”.

14 Israelis have been killed in recent weeks in a series of violent attacks, including a stabbing attack in Be’er Sheva and shooting attacks in Hadera and Bnei Brak.