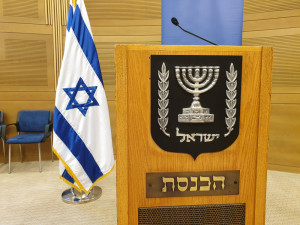 Nir Orbach, a Member of Knesset (MK) for the Yamina party, has frozen his participation in Israel’s coalition government, taking the coalition to 59 seats – a minority in the Knesset. He has confirmed that he will not vote to dissolve the coalition and initiate elections, instead seeking to form an alternative coalition with a “patriotic spirit”.

Orbach underlined: “After a week of meetings with the prime minister and others, I came to the conclusion that the coalition cannot continue to exist the way it’s conducting itself”.

His decision follows the coalition’s failure earlier this month to pass a bill that would renew legislation applying Israeli civil law to Israelis living in West Bank settlements. The government, a coalition of eight parties, including the Islamist Ra’am party, marked a year since its formation this week.

Israeli Prime Minister Naftali Bennett acknowledged that if he is unable to regain a majority, the government may collapse within “a week or two”.

Former coalition whip Idit Silman MK announced her resignation from the government in April, but has not directly opposed the coalition and abstained on the bill applying Israeli law to West Bank settlers.

In line with the coalition agreement, if the Knesset were to dissolve, Foreign Minister Yair Lapid would become interim prime minister until a new government is in place.