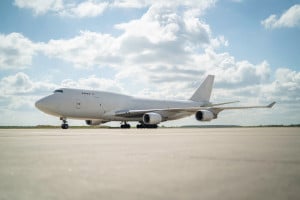 An Iranian plane has been grounded by Argentina over suspicions of possible terror-related activities in Latin America, with authorities announcing its pilot is a member of the Islamic Revolutionary Guard Corps’ Quds Force. The aircraft is operated by a sanctioned Venezuelan airline and has links to an Iranian airline notorious for weapons and personnel smuggling operations.

The Boeing 747 cargo plane has been held in Argentina since last Wednesday, and according to reports is carrying car parts loaded in Mexico, with its crew having their passports seized whilst an investigation is underway. The plane is operated by Venezuela’ state-owned Emtrasur airline and was supposedly sold by Iran’s Mahan Air to Venezuela a year ago. Mahan Air was sanctioned by the United States in 2011 for spreading terrorism and “providing financial, material, and technological support to the IRGC”, and Emtrasur is a subsidiary of the US sanctioned Conviasa airline.

The pilot, Gholamreza Ghasemi is believed to be both a member of Quds Force, the IRGC’s extraterritorial intelligence force, and a relative of Iran’s Interior Minister Ahmad Vahidi. Vahidi is still wanted by Interpol for his role in the 1994 AMIA bombing, a terror attack against a Jewish community centre in Buenos Aires, which left 85 people dead. The IRGC has a recorded history of using airlines to circumvent arms-embargos and supply countries such as Syria with weapons, with accusations that it even uses Mahan Air for money laundering operations.

The Israeli Embassy in Buenos Aires thanked “the rapid, effective and firm action of the Argentine security forces that identified in real-time the potential threat” posed by the aircraft. Adding, that the airlines were “engaged in arms trafficking and the transfer of persons and equipment operating for the Quds Force, under sanctions from the United States for being involved in terrorist activities”.