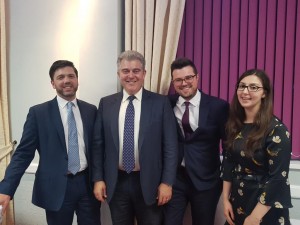 In August 2017, CFI coordinated its first delegation of Welsh Conservatives to Israel and the West Bank. Delegates included six Welsh Assembly Members, as well as senior Welsh Conservatives including the Director of the Conservative Party in Wales, many of whom were visiting Israel for the first time.