Conservative Party expresses support for Board of Deputies’ Jewish Manifesto 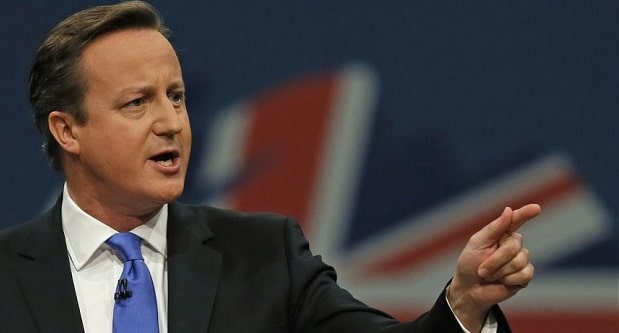 Prime Minister David Cameron has expressed the Conservative Party’s warm support for the Board of Deputies of British Jews’ “important and thought-provoking” Jewish Manifesto.

Responding to the ten commitments of the Jewish Manifesto, the PM asserted that “in the Conservatives you have a party that is committed to the issues you raise: religious freedom; tackling intolerance; Holocaust commemoration; and Israel”.

Turning to anti-Semitism, the PM said the Conservative Party is “committed to eradicating anti-Semitism once and for all”. The PM insisted that he would “not stand by” or “turn a blind eye to the threats that the community faces”. Mr Cameron said: “If the Jewish community does not feel secure then our whole national fabric is diminished”.

The PM detailed some of the steps the Conservative-led Government had taken to combat anti-Semitism, including the removal of over 75,000 pieces of terrorist-related content from the internet, exclusion of more than 90 hate preachers from the UK since 2010, and pledging over £10 million for security, this year and every year, “for as long as necessary, to help secure Britain’s Jewish community”.

The Conservative Party leader asserted: “If I am Prime Minister after the election, you know you have, in me, a champion who will never take my eye off this crucial security issue”.

The Conservative Party is committed to Holocaust commemoration, as seen with the PM’s historic Holocaust Commission and the establishment of the UK Holocaust Memorial Foundation, which has been tasked with preserving the memory of the Holocaust for the next generation and for every generation after that.

Recalling his “incredibly moving” visit to Auschwitz-Birkenau last year, Mr Cameron said it was “even more important that we never forget” and that he wants “every child in Britain to learn about the Holocaust – to understand just how vital it is to fight discrimination and prejudice”.

Mr Cameron said he was “proud” to have committed £50 million to help the UK Holocaust Memorial Foundation deliver the Commission’s recommendations – in particular a proper National Memorial in Central London alongside a World Class Learning Centre and an endowment fund to secure the future of Holocaust education forever. The funds include a further £1.5 million to support the UK Holocaust Memorial Foundation in taking forward urgent work on recording and preserving Holocaust survivor testimony, building on the biggest audit of survivor testimony in British history.

Vowing to open a further 500 new Free Schools under a future Conservative Government, the PM said he was also a “strong supporter” of the 48 state-funded Jewish faith schools.

Turning to Israel, Mr Cameron said the Conservative Party would “always fight for the right for Jewish people to be free and safe in their homeland”.

Mr Cameron explained that he had “forged a Europe-wide consensus to proscribe Hezbollah’s military wing – a key step in the fight against this enemy on Israel’s borders”.

The Conservative Party pledged to “continue to support a negotiated two state solution” and will “always stand up for the right of Israel to defend its citizens” – a “right enshrined in international law, in natural justice and fundamental morality, and in decades of common endeavour between Israel and her allies”.

The PM also identified a nuclear-armed Iran as a “threat to the whole world, not just to Israel” and vowed that Britain will “ensure that is never allowed to happen”.

Click here to read the full Conservative Party response to the Jewish Manifesto.