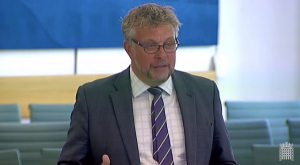 A number of Conservative MPs this week voiced support of Israel and condemned discriminatory and “counterproductive” boycotts against the country, during a Westminster Hall debate this week.

The debate was held in response to two e-petitions: one calling for recognition of Palestinian statehood and the other urging the government to block all trade with Israel, in particular, arms. During the debate, Steve Double MP underlined that Hamas was the “main roadblock” to peace.

He asked: “I often think how would we in the UK react if camped on our doorstep was a terrorist organisation whose stated aim was to wipe us off the earth and drive us into the sea?”

The St Austell and Newquay MP added: “I don’t believe that Hamas are any friends” to the Palestinian people.

CFI Vice-Chair John Howell MP OBE emphasised in his speech: “It is regrettable that the petitions being debated today do not reflect the reality that Israel is a beacon of hope in a region of instability and an important ally of the United Kingdom”.

Mr Howell pointed out that boycotts would not only harm Palestinians employed by Israeli companies, but also Britons, stating that “over 500 Israeli companies operate in the UK, employing thousands of British workers”.

Referring to Teva, Mr Howell said: “Generic medicines produced by the Israeli company Teva save the NHS billions of pounds every year and I expect that many of us here have at one point or another benefitted from these treatments, as no one provides more medicines to the NHS than Teva”.

He also congratulated Naftali Bennett and Yair Lapid on forming a new government in Israel, adding: “This is the first time in half a century that an Israeli Arab party has sat in a coalition government, and I think that is a very welcome development”.

He added: “I hope this legislation is brought forward soon so that we can provide the peace of mind my constituents seek”.