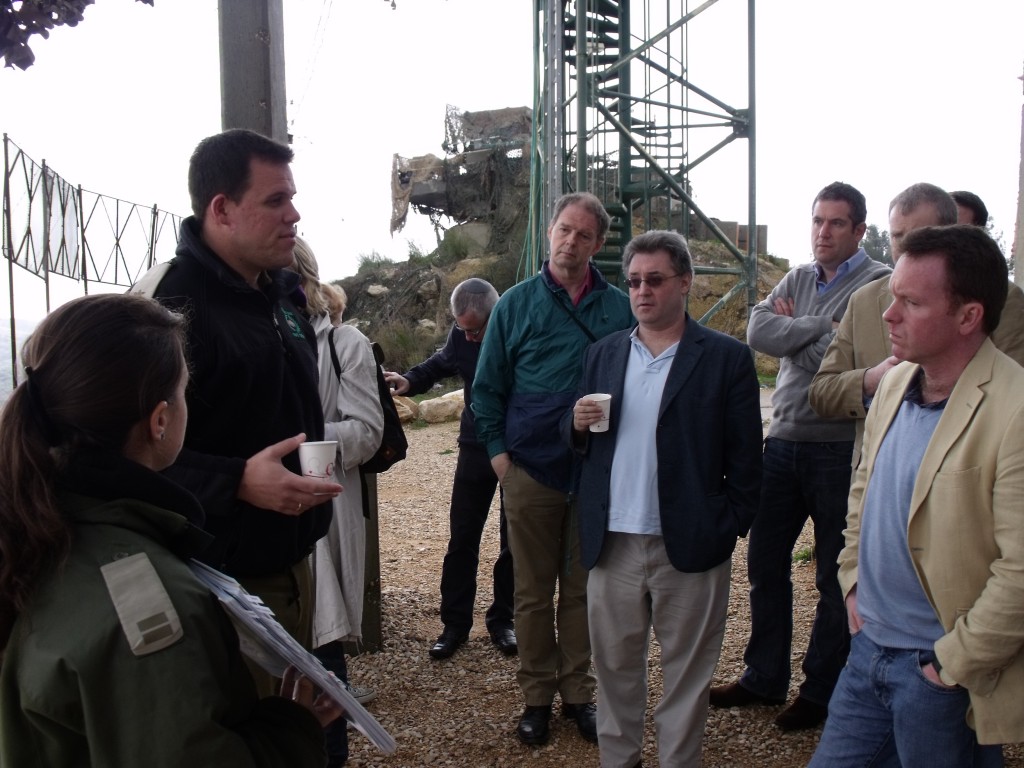 CFI’s Parliamentary Chairman, Rt. Hon. James Arbuthnot MP, led a delegation in February 2012 of seven newly elected MPs to Israel for a business and security orientated trip. The delegation, our first since last year’s General Election, had a schedule as fully packed as ever.

While in Israel the group met with Members of the Knesset and Foreign Ministry officials. The itinerary included a briefing with Deputy Foreign Minister Danny Ayalon, in addition to a round-table meeting with MK’s Daniel Ben-Simon, Danny Danon, Yoel Hasson and Anastasia Michaeli, which provided the MPs with a fascinating insight into the nature of coalition politics!

The group also spent a day exploring the north of Israel, visiting the Golan Heights and Galilee, and receiving fascinating IDF briefings on the situation inside Lebanon and Syria. Whilst in Jerusalem, the MPs had the opportunity to explore the historic Old City and were given a tour of the security barrier.

On their visit to the Palestinian Authority, the delegation met with Dr. Ghassan Khatib, Director of the Government Media Centre, and had lunch with a group of leading Palestinian businessmen. The delegation was also given a tour around Rawabi in the West Bank, which is set to become the first new Palestinian-planned city.

"Every time I come to Israel with CFI I see something new and completely different. It's always an interesting time to go to Israel and this visit was no exception. Visiting Ramallah shortly after we had had a meeting with the Deputy Foreign Minister of Israel, showed the contrasting difficulties that both the Israelis and the Palestinians had to contend with. We also had a fascinating overview of some of the Israeli hi-tech business opportunities. I came away with the feeling that while politics is so difficult, maybe better trading links between Israelis and Palestinians and between Israel and the United Kingdom may be one extremely helpful way to try to bring prosperity and peace to the region."

CFI Delegation with Israeli MKs at the Knesset, Jerusalem