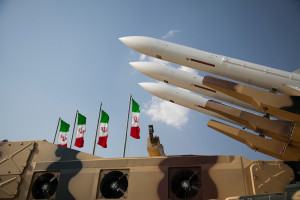 A former UN nuclear inspector has stated that he believes Iran’s nuclear breakout time is now zero, which would mean the country holds enough enriched uranium to build a nuclear weapon.

David Albright, an inspector for the International Atomic Energy Agency (IAEA) in the 1990s, made the comments during an interview published with Iran International, an Iranian opposition news outlet based in London. He stated: “Iran has reached this critical period where its breakout time is zero. And what that means is that now it has enough highly enriched uranium to fashion a nuclear weapon”.

Albright added that the timeframe for building a device would depend on what kind of weapon Iran chooses to build and how that payload is delivered: “They may choose to make a crude nuclear device to detonate underground, or to deliver it crudely or through crude methods like truck or ship. That could happen over the course of several months, less than six months”. “They may want, on the other hand, to focus on just building a warhead for a ballistic missile; that could take longer a year or two. So again, the critical thing is that they have reached the zero-breakout time”, he said.

Albright clarified he did not know how long it would take for a nuclear device to be built: “It may not be as long as some have argued. We don’t know how quickly Iran could make nuclear weapons today”.

US and Israeli officials have assessed that Iran only needs a few weeks to gather enough enriched uranium to make a weapon, though it would take longer to build the core of the weapon and attach it to a warhead.