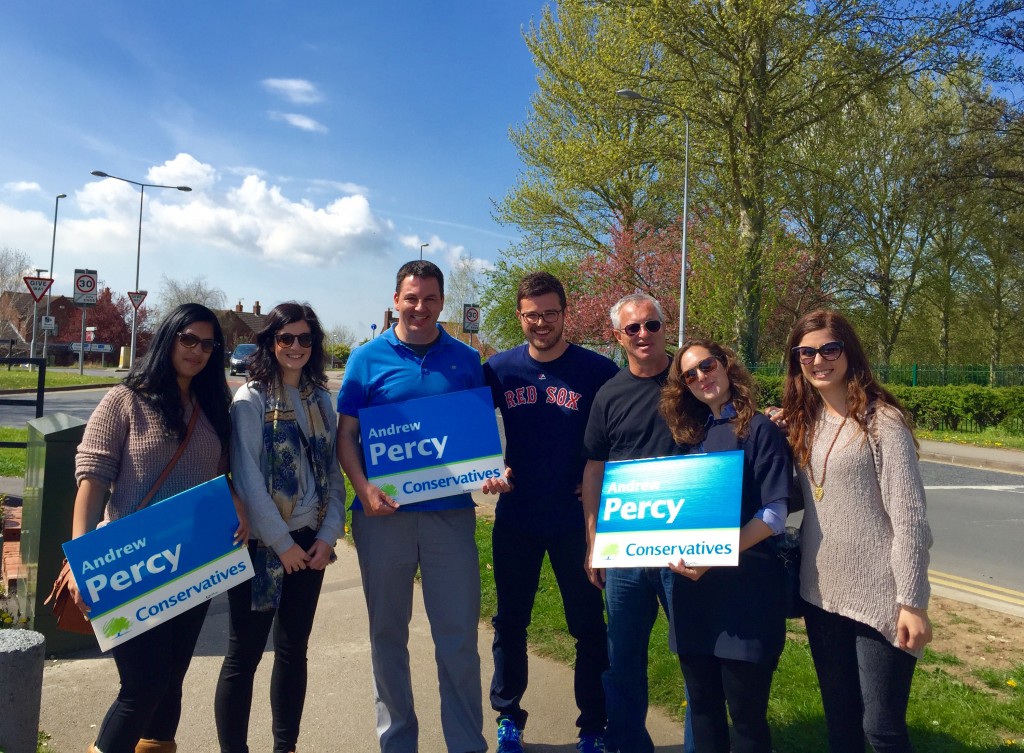 Team CFI have spent the past three weeks on the road campaigning for a Conservative Party victory in this coming Thursday’s General Election.

Come rain or shine, the CFI staff have walked well over 100 miles as we leafleted and canvassed our way across the country!

From north Wales to London, we’ve been busy travelling in support of as many as 12 Conservative candidates, including; Bob Blackman, Simon Marcus, Nicky Morgan, James Morris, Tom Pursglove, and Paul Uppal.

We’ve had a wonderful time meeting with hundreds of people across the country to talk about the Conservative Party’s vision for a brighter, secure future. The amount of support we’ve seen for all the candidates on the doorstep has been hugely encouraging.

In addition to our three-week campaign around the country, CFI also recently held a series of hugely successful Action Days for Conservative candidates in London, including Mike Freer, Matthew Offord, Bob Blackman, Hannah David and Simon Marcus. We’d like to thank again all those members that joined us!

Click here to find out more about the Conservative Party’s Manifesto for the 2015 General Election.

Please find below a full list of the candidates CFI have campaigned with in recent weeks.