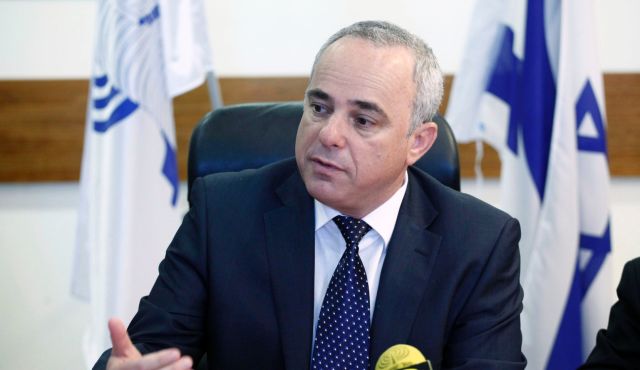 Israel’s Minister of Intelligence and Strategic Affairs, Yuval Steinitz, has expressed strong concerns about the parameters of a nuclear “non-deal” announced last week in a wide-ranging interview with the Times of Israel.

The minister has been at the forefront of the Israeli government’s efforts to expose perceived flaws and close loopholes in the P5+1’s new framework nuclear deal with Iran.

Mr Steinitz expressed surprise that the P5+1 were treating Iran “as though it can be trusted, like Holland or Japan”.

Israel has been openly critical about the fact that there is no signed document, which indicates that the parties in Switzerland had been unable to reach an agreement. Minister Steinitz asserted: “Usually there’s a signed document, and then the sides argue about the interpretation. Now, they’re not arguing about the interpretation, but over the text. Because nothing was agreed. There is no text. In Lausanne, they didn’t manage to reach an agreement”. Dismissing the parameters as “fabricated understandings”, the Minister said: “I don’t think there’s been an international agreement in the past that wasn’t written and signed”.

The Israeli Minister was critical of the P5+1 for veering away from their previous insistence that Iran’s nuclear infrastructure be “dismantled and neutralised” in accordance with a string of UN resolutions after Tehran had been found to have “built a uranium enrichment project secretively and in breach of commitments”. Mr Steinitz said it was a “big mistake” that the P5+1 had opted instead for a “freeze and inspect” approach, which he said was “an unfortunately more minimal” path. Denouncing the overall approach as “wrong”, the Minister observed that many countries operate peaceful nuclear programmes without enriching uranium, including Spain, Mexico and South Africa.

The vague terms of the parameters for a nuclear deal announced in Switzerland give every indication of failing even to ensure a competent, viable mechanism for the misguided “freeze and inspect” approach, according to Mr Steinitz.

For example, the apparent terms do not freeze R&D on advanced centrifuges. Iran can thus continue to improve its centrifuges “legitimately” and ‘breakout’ to the bomb as soon as the restrictions on advanced centrifuges expire, in a little over a decade. This flaw was conceded by U.S. President Barack Obama earlier this week, who is currently trying to sell the framework deal to a sceptical Capitol Hill.

Mr Steinitz claimed that it would take Iran only about five years to complete the R&D on its advanced IR-8 centrifuges, which are capable of enriching uranium 20 times faster than its current, first-generation IR-1 centrifuges. The Minister observed: “We’re not only worried about what happens in 10 years. We’re worried that in five years, if and when their research is done, they will be able to break out to the bomb in two to three months. If they do break out, they can build 200 IR-8 centrifuges and install them in about two months”, and then produce enough enriched uranium for a bomb in a few weeks.

The verification and inspection programme is widely regarded as key to ensuring Iranian compliance with a nuclear deal and identifying any potential ‘breakout’. The Intelligence Minister claimed that the inspection programme detailed in the framework is inadequate, including the apparent failure to secure the IAEA “anytime, anywhere” inspection of any and all suspicious sites. U.S. President Barack Obama conceded in a recent interview that the IAEA will have to make a request to visit a particular site of suspicion and if Iran vetoes this then “some sort of international mechanism will be in place that makes a fair assessment as to whether there should be an inspection”. Labeling this as “ineffective”, Mr Steinitz said this would be a timely process and give Iran room to render suspicious sites less suspicious.

Of particular concern, is the apparent failure of the P5+1 to require Iran to provide up-front a full accounting to the IAEA of the possible military dimensions of its nuclear activities to date. Mr Steinitz questioned how the IAEA would be able to fully inspect what the regime is doing in the future, “if you don’t know where they’ve got to in the past — for example, on nuclear warheads?”

This would also set a dangerous precedent, according to Mr Steinitz: “That is dangerous on a world level, since other countries will conclude that they too don’t have to give full answers to the IAEA — countries like Argentina, Brazil, Saudi Arabia and Egypt”.

Mr Steinitz proceeded to criticise the “delusion” of some in the P5+1 who regard Iran’s President Hassan Rouhani and Iran’s Foreign Minister Javad Zarif as “moderates who represent moderates in Iran”. He claimed instead that: “Iran has not changed for the better. Iran has changed for the worse. Iran’s behaviour is much more aggressive around the Middle East than it was under [President Mahmoud] Ahmadinejad”. “The concept that you’ll empower the moderate Rouhani and Zarif was a very nice concept two years ago. But it’s totally unconnected with the facts on the ground”.