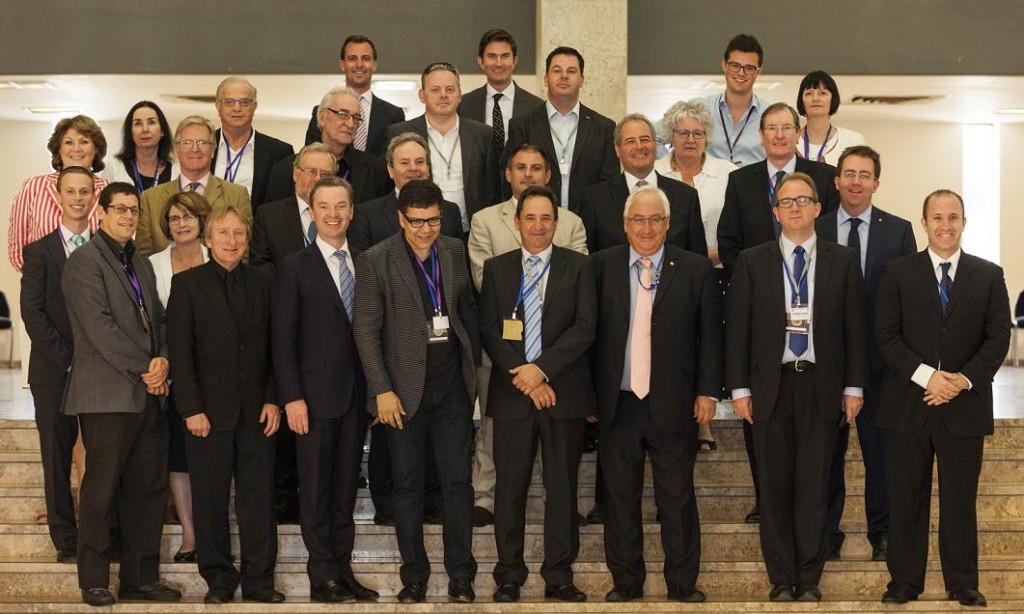 The AIULD is designed to strengthen the trilateral relationship between Australia, Israel and the UK through the bringing together of opinion leaders and decision makers from each of the three countries.

Taking place amidst the tension and unease of Operation Protective Edge, the Conservative parliamentarians gained a first-hand understanding of the complexities of daily life in the area.

A full day of dialogue was held at the Knesset, including contributions from Knesset members, Danny Danon (Likud), Nachman Shai (Labor), Tzachi Hanegbi (Likud) and former Ambassador to the US, H.E. Michael Oren. The dialogue provided a platform for discussions on a range of topics including Iran’s nuclear programme, the Middle East Peace Process and Palestinian Authority-sanctioned incitement.

AIULD Delegation at the Knesset, Jerusalem