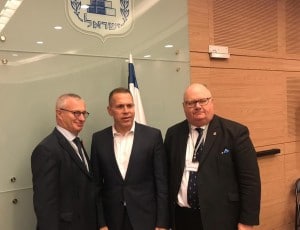 Lord Pickles and Lord Polak also appeared on Israeli TV channel i24NEWs, where they condemned Hamas’s “indiscriminate” rocket attacks on Israelis this week and hailed the future of the UK-Israel partnership. Watch the interview here.