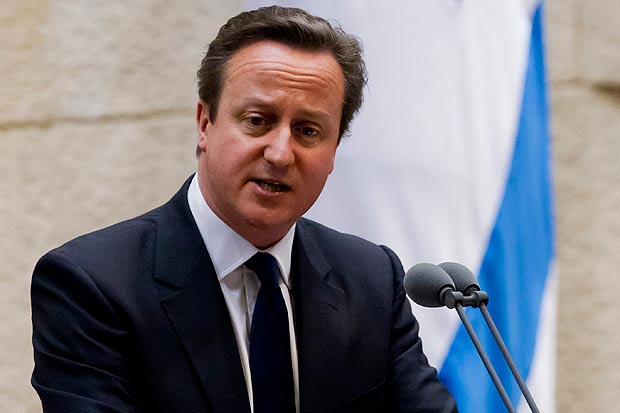 The Prime Minister observed that the story of Passover – when the Children of Israel were freed from slavery and suffering – can “give hope to those who are oppressed” around the world.

Mr Cameron said: “In so many countries, families and friends will be coming together to celebrate the freedom of their ancestors. Even thousands of years on from the Exodus, the story of emancipation inspires millions around the globe”.

Mr Cameron said “everyone” – religious or not – should join world Jewry to give thanks for the freedoms enjoyed by so many across the globe.

He added: “It is a time to reflect on the continuing struggle for liberty that so many in our world still face – a time to redouble our efforts to bring about lasting peace in the regions of the world where oppression and fear still exist.”

Mr Cameron also repeated his praise for the contribution made by the Jewish community in Britain: “Yours is a community which has excelled in every field imaginable helping to create the tolerant, successful, multi-ethnic, multi-faith democracy that we are today”.

Foreign Secretary Philip Hammond also sent Passover greetings to the community: “I would like to send my warmest wishes to Jewish communities both in the UK and around the world, as they prepare to celebrate the festival of Passover. Passover is a joyous occasion on which Jewish families come together to celebrate freedom”.

CFI would like to wish our Jewish members a peaceful and happy holiday. Hag Sameach.