I am text block. Click edit button to change this text. 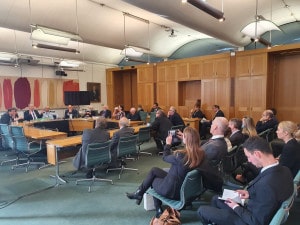 The IDF officials underlined the importance of agreeing a “longer and stronger” nuclear agreement between the P5+1 and Iran, stating that the Joint Comprehensive Plan of Action (JCPOA) signed in 2015 did not resolve concerns over Iran’s nuclear programme.