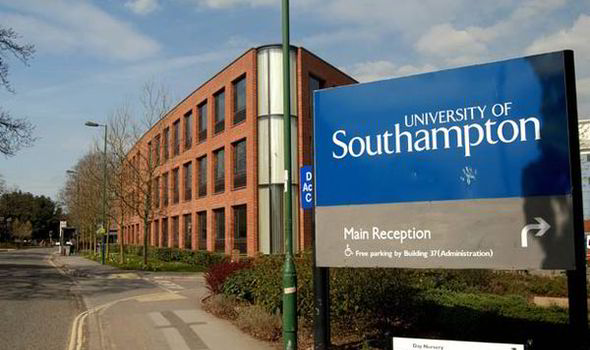 The conference organisers have alleged that the university is planning to withdraw its permission to host the conference due to health and safety issues over planned demonstrations.

Following the announcement that the conference would be hosted at the university, ex-treasury Minister Mark Hoban (then MP) wrote a letter to the Vice Chancellor of the University of Southampton expressing his concern at the plans to host a hard-line anti-Israel forum:

“I find it concerning that an institution as respected as the University of Southampton should host a hard-line, one-sided forum questioning and delegitimising the existence of a democratic state…The University should reconsider its sponsorship of a debate that will simply further polarise the academic and public debate on this complex issue.”

In response to the reports that the University may no longer host the conference, Mark Hoban said:

“I am pleased to hear reports that the University of Southampton has withdrawn its support of this conference. This highly regarded academic institution is correct in wanting to avoid provocative and unhelpful activities such as this conference, which seeks to polarise the academic and public debate on a highly complex issue and delegitimise the only functioning democracy in the Middle East.”

“This conference is clearly part of the wider campaign to delegitimise the State of Israel and this should be condemned in the strongest terms. Hosting the conference risks damaging the University’s reputation as a place of academic excellence and CFI is pleased that the University is reportedly reconsidering its plans.”