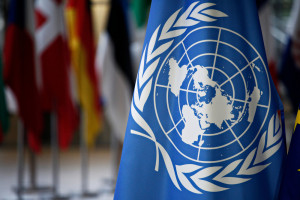 The UK Government has expressed its opposition to a UN Human Rights Council (UNHRC) Commission of Inquiry (COI) following the publication of a report by the Commission blaming Israel for ongoing cycles of violence.

A Foreign, Commonwealth and Development Office (FCDO) spokesperson said: “The UK has been clear that we oppose the open-ended nature of the Commission of Inquiry on the situation in Israel, the West Bank, and Gaza and its vaguely defined mandate”.

The FCDO spokesperson condemned the COI’s “disproportionate focus on Israel”, underlining that the Inquiry “does not further” the goals of protecting human rights and securing accountability.

Israel’s Foreign Ministry described the report as “nothing more than a waste of money and effort of the United Nations’ systems, part and parcel of the witch hunt being carried out by the Human Rights Council against Israel”.

The Ministry added that it was a “biased and one-sided report tainted with hatred for the State of Israel”.

The US State Department criticised the commission for taking a “a one-sided, biased approach that does nothing to advance the prospects for peace”.

The report will be presented to the UNHRC on Monday 13th June.