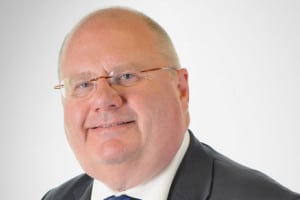 The Government today confirmed the UK will chair the International Holocaust Remembrance Alliance in 2024, 10 years after first chairing the Alliance in 2014.

The Alliance, which is made up of 34 countries including the US and Germany, unites governments to promote and strengthen Holocaust education and research.

Foreign Secretary Dominic Raab said: “It will be a poignant moment for the UK to chair the International Holocaust Remembrance Alliance in 2024, 80 years after the first discovery of the Nazi death camps. We will never forget the worst crime of modern history, and we will never relent in the fight against antisemitism”.

Communities Secretary Rt Hon Robert Jenrick MP said: “It will be a great honour for this country to chair the IHRA and continue to lead the way in promoting Holocaust education and remembrance. Our new UK Holocaust Memorial and Learning Centre will bear witness to the evils of the Holocaust and stand as a permanent reminder of why we need to make a stand against antisemitism wherever and whenever it appears”.

CFI Parliamentary Chairman (Lords), UK Special Envoy on post-Holocaust issues, and head of the UK IHRA delegation, Rt. Hon. The Lord Pickles said: “As the head of the UK delegation to the International Holocaust Remembrance Alliance, I am especially honoured that we will be chairing IHRA in 2024. At a time when Holocaust distortion and revisionism is on the increase the UK intends to be at the forefront of nations that uphold the truth of the Shoah, with a clear unblinking eye. The UK Chair will build on cooperation between international institutions to fight antisemitism and Holocaust denial”.

The UK was the first country to adopt the adopt the IHRA Working Definition of Antisemitism in 2016. At least three quarters of local councils and over 80 universities in the UK have adopted the definition following the government’s encouragement and own adoption.