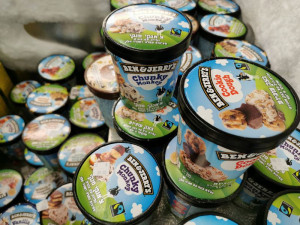 Ben and Jerry’s parent-company Unilever sold the Israeli rights to the ice cream brand to its Israeli distributor this week, effectively ending their controversial boycott. Regarded by many campaigners as an important decision in the battle against the BDS movement, Ben & Jerry’s have instead criticised their parent company’s decision.

In March, American Quality Products (AQP) – the Israeli manufacturer and distributor of Ben & Jerry’s products – sued Unilever stating that the decision to stop sales in the West Bank violates Israeli and U.S. law, and as there is no legal way to continue business without breaking the law, the decision results in an illegal boycott of the whole of Israel. This lawsuit followed an announcement made by Ben & Jerry’s in July 2021 that it would end sales of their ice cream in the “Occupied Palestinian Territory” – seen not only as a reference to West Bank settlements and East Jerusalem but a de-facto boycott of all of Israel after Ben & Jerry’s refused to renew the Israeli licensee’s agreement at the end of 2022.

AQP’s new arrangement with Unilever means that the ice cream will be sold under its Hebrew and Arabic names throughout Israel and the West Bank under the full ownership of its current licensee. Unilever’s statement explains that is “very proud” of its business in Israel and today employs “around 2,000 people of diverse backgrounds, has four local manufacturing plants, and works with a network of around 2,000 local suppliers and service providers – helping to support the livelihoods of tens of thousands of Israelis across its value chain”.

They added that they have “used the opportunity” over the “past year to listen to perspectives on this complex and sensitive matter and believes this is the best outcome for Ben & Jerry’s in Israel. The review included extensive consultation over several months, including with the Israeli Government”.

Rejecting the idea that Unilever supports BDS, they added that as an organisation it “rejects completely and repudiates unequivocally any form of discrimination or intolerance. Antisemitism has no place in any society. We have never expressed any support for the Boycott Divestment Sanctions (BDS) movement and have no intention of changing that position”.

In response to the sale and statement by Unilever, Ben & Jerry’s tweeted that they “do not agree” with the decision, and that they “continue to believe it is inconsistent with Ben & Jerry’s values for our ice cream to be sold in the Occupied Palestinian Territory”.